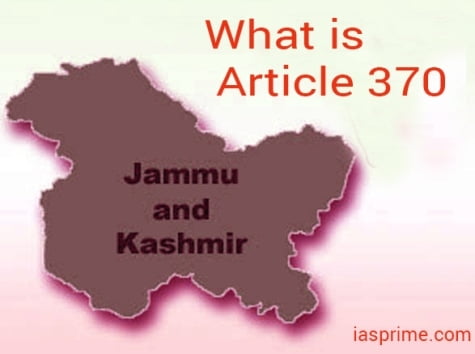 According to, Article 1 of the Indian Constitution, the State of Jammu and Kashmir (J&K) is a constituent state of Indian Union and its territory forms a part of the territory of India.

But in the same Part (XXI) of the Constitution, twelve other states too enjoy special status but not as majorly as Jammu & Kashmir do.

Who can remove Article 370

For removal of Article 370 there are some procedures which has to be followed. They are :

No doubt the element of Judicial review is there after this revocation.

The Jammu and Kashmir Constitution, which was adopted on November 17, 1956, defined a Permanent Resident (PR) of the state as a person who was a state subject on May 14, 1954, or who has been a resident of the state for 10 years, and has “lawfully acquired immovable property in the state”.

The Jammu and Kashmir state legislature can alter the definition of PR through a law passed with two-thirds majority.