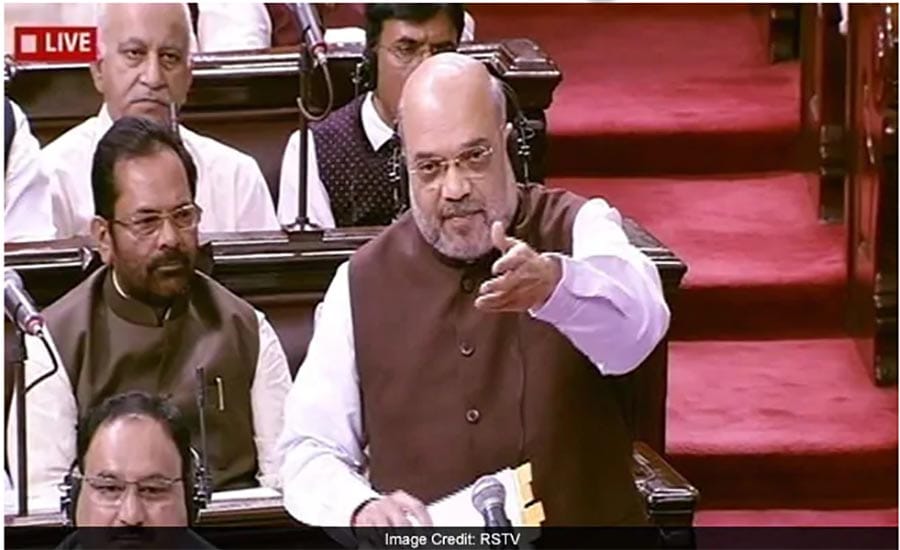 The centre has scrapped Article 370.
It granted special status to the state of Jammu and Kashmir.
Home Minister Amit Shah in the Parliament has said the presidential order has been issued and the Article 370 is removed.

Jammu & Kashmir to be bifurcated to Union Territories of Ladakh & J&K. Article 370 scrapped by presidential order with immediate effect.

New Changes after Article 370 is removed

Article 356 can now be applied to J&K means now Presidential rule can be applied.
Article 356, commonly known as President’s rule deals with “Failure of constitutional machinery in the State”. It empowers the Central government to deal with such a situation. It is also sometimes called State Emergency or Constitutional Emergency even though the constitution doesn’t call it by any of that name.

According to, Article 1 of the Indian Constitution, the State of Jammu and Kashmir (J&K) is a constituent state of Indian Union and its territory forms a part of the territory of India.

Order has been issued in The Gazette of India 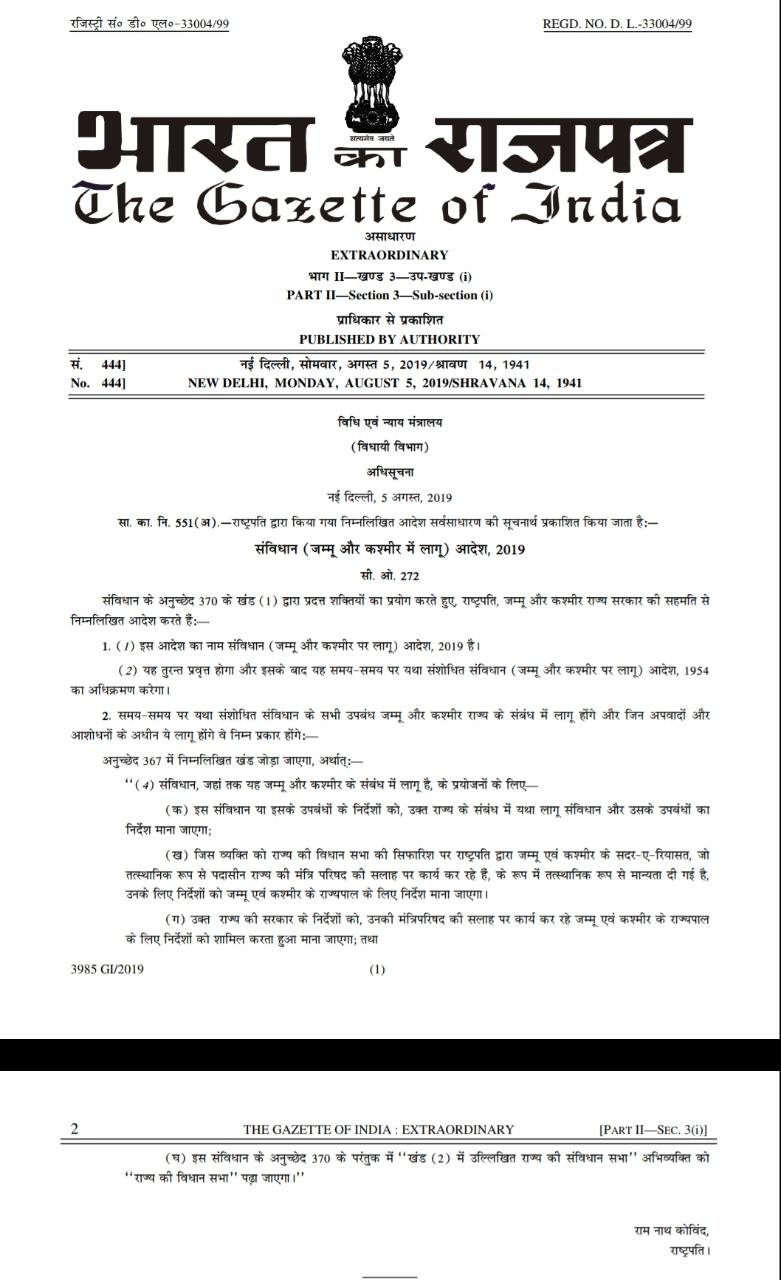 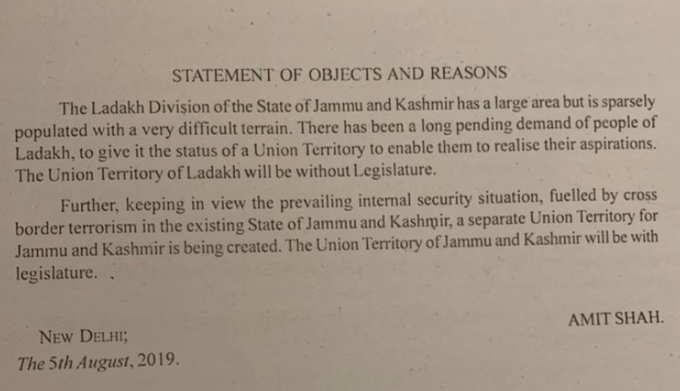 Reaction on Twitter has been pouring on after the order to scrap Article 370 has been issued.

What a glorious day. Finally d martyrdom of thousands starting with Dr Shyam Prasad Mukharjee for compete integration of J&K into Indian Union is being honoured and d seven decade old demand of d entire nation being realised in front of our eyes; in our life time.Ever imagined?🙏

It will have catastrophic consequences for the subcontinent. GOIs intentions are clear. They want the territory of J&K by terrorising it’s people. India has failed Kashmir in keeping its promises.