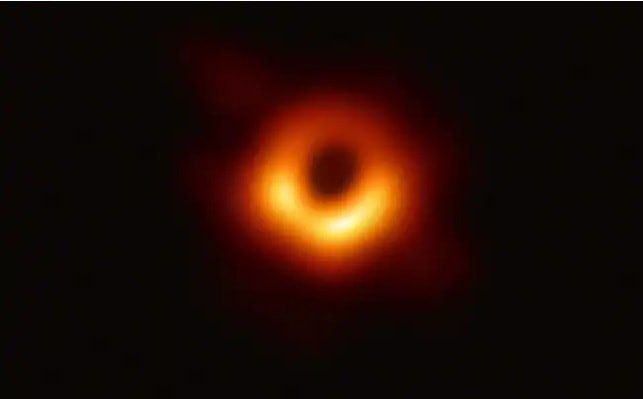 On 10th April 2019 Astronomers has unveiled the first ever close up photo of a black hole.

It put to rest most of the buzz surrounding the existence of a black hole and cleared most of the facts.

It can be seen there is a dark core encircled by a flame-orange halo of white-hot gas.

This supermassive black hole is captured by network of radio telescopes is 50 million light years away in a galaxy known as M87.

It combined data from the 8 radio telescope located around the world in Hawaii, Chile, USA, Mexico, Spain & at the South Pole under an International collaboration Event Horizon Telescope (EHT).

What Is A Black Hole?

A black hole is an area of spacetime (spacetime is 3 dimension of space & 4th ones as time fused together).

It has strong or say massive gravitational effects that nothing can escape not even light once it goes into the black hole.

As general relativity says that a sufficient compact mass can deform spacetime to form a black hole.

It called as black hole because its black since no light gets reflected back from it.

Boundary of the region i.e., of a black hole from where nothing can escape is known as the event horizon. Once something enters in the boundary region called as event horizon the escape becomes impossible.

Formation of big Black holes of stellar mass are expected when a very huge or massive star collapse at the end of their life cycle.

After the formation of a Black hole it can keep growing by absorbing mass from its surroundings. It can even absorb other stars and gets merged with other black holes to become a supermassive black hole. 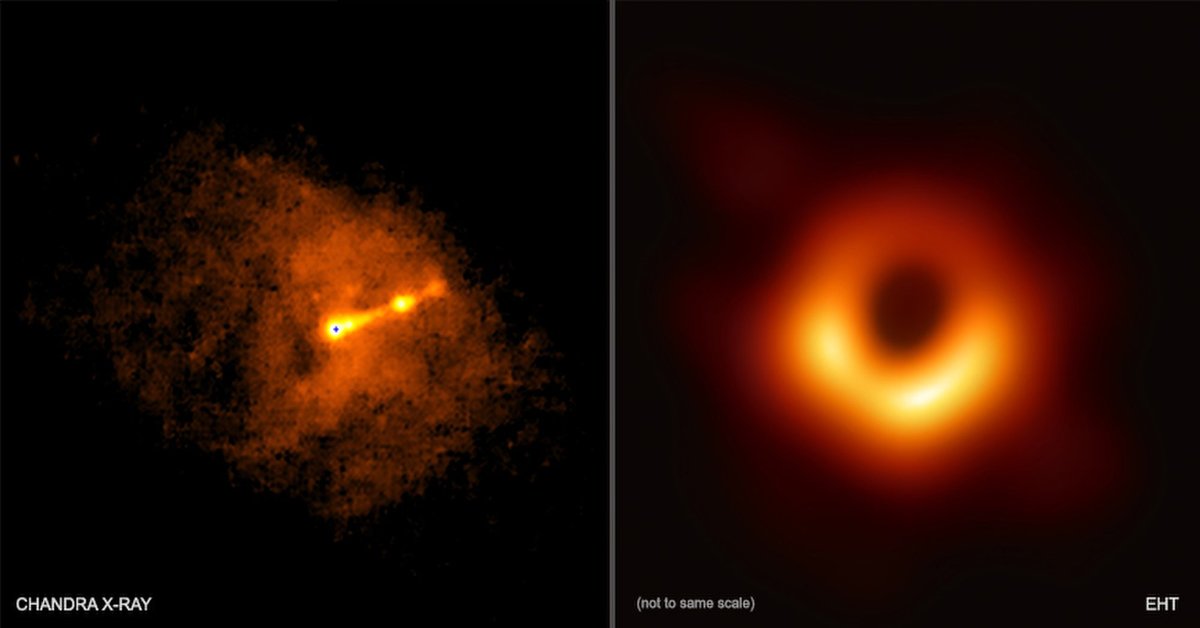 How one can infer that there exists a Black hole

Black hole has an invisible interior since not even light can escape from it.

Still the presence of a black hole can be inferred through its interaction with other matter and with electromagnetic radiation such as visible light.

When a matter falls on the black hole it will form an external disk like heated by friction and which in turn forms one of the brightest objects in the universe.

Also if there are some orbiting stars around a black hole then its orbits can be used to determine the black hole’s mass and location.

How many types of black hole exists

The mass and size of the black hole determines what kind it is.

Mainly there are three types of Black holes.

What is Dark matter?

The stars closer to the center and the stars at the edge in most of the galaxies take almost same time to make one revolution.

This implies that something invisible and enveloping the galaxies was giving that extra push to the outer stars which speeds them up to a great extent.

This entity has remained as one of the central unresolved puzzles in cosmology since 1930s. Thus it is named as `Dark Matter’.