Only BS-VI or BS 6 (Bharat Stage-VI) compliant vehicle to be sold from April 2020, the Supreme Court order dated October 24, 2018. As BS-IV emission standard is ‘alarming and critical’ pollution levels.

Already sold BS-IV standard vehicle will continue to run on the road.

–> Indian Government instituted this emission standards to regulate the air pollutants coming out of motor vehicles or internal combustion engines.

–> These standards & when it will be implemented are set by the Central Pollution Control Board under the Ministry of Environment & Forests and climate change.

–> BS standards were introduced in the year 2000, which are based on the European regulations (Euro norms). Higher the stage, stricter the norms.

–> There are several stages in Bharat Stage (BS). Each stage specifies a certain limit on the pollutants released. BS-VI is the latest one and the strictest norm.

–> Bharat Stage IV emission norms have introduced in April 2010 in Delhi (NCR) and some other cities and later by April, 2017 applied for the entire nation.

Latest in development regarding this norms are: government has decided to skip BS-V (Bharat Stage-V) and implemented BS-VI (Bharat Stage-VI) emission norms countrywide by April 2020.

Why the need felt for introducing these standards

–> Many cities in India are among those which have very poor air quality. Applying these stricter emission norms will help tackle rising air pollution.

–> Pollutants like fine particulate matter, carbon monoxide, sulphur dioxide and nitrogen oxides emitted by vehicles on roads are a major cause of health related problems particularly to children.

–> Cleaner and pollutant free air is the need of the hour as rising air pollution related disease is on the rise, e.g.; asthma and cardiovascular diseases.

Importance of upgrading to stricter norms

–> It helps tackle rising air pollution in the Indian cities.

–> Many Indian cities including national capital Delhi are listed among those with poor air quality. This can be bring bad reputation which in turn hamper investment in economy.

–> India’s neighbor China which has some of the poorest air quality cities in the world has already applied stricter emission norms like Euro V and India is lagging behind.

–> The three parties that are impacted by this decision are automobile, auto-components and petroleum refining companies. According to the government, oil PSUs would need to invest Rs 28,750 crore for the upgrade.

–> It takes some years to test on the road with vehicular norms of BS-VI (Bharat Stage-VI) fuel before the cars can be cleared to ply on road. Considering the traffic and on road conditions coupled with weather will be a tough task.

–> Automobile companies especially from Europe and Japan in India are already complying with tougher fuel norms since these are exported to European nations. Real problems lies with the cheaper version of cars they make that cater largely to the domestic Indian market. 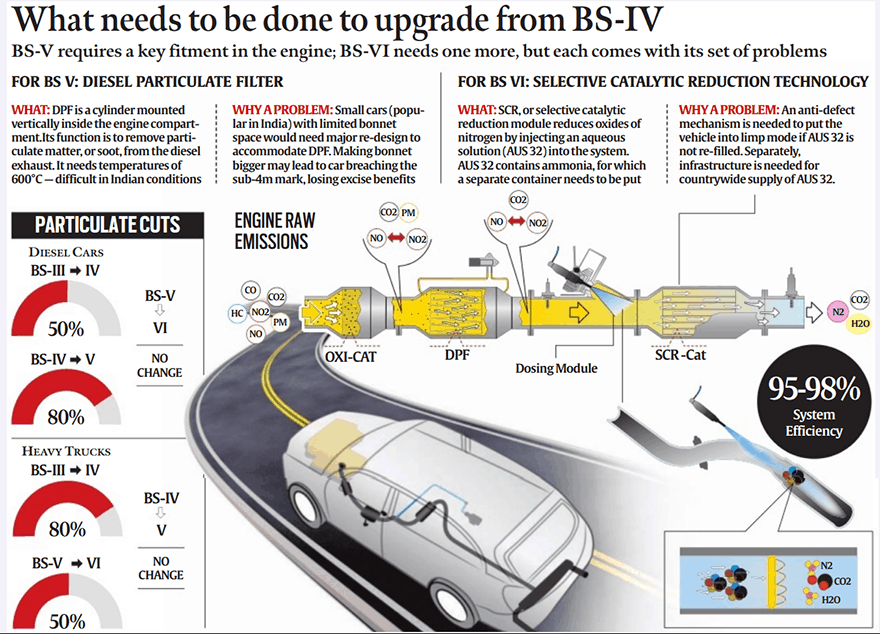 –> Upgradation of Quality norms will result in higher petrol and diesel’s cost which will be passed on to the consumers as they have to pay higher for every litre of petrol or diesel.

–> Also it results in the rise of price of petrol & diesel vehicles.

–> India will introduce real driving emission (RDE) standards that will be gauged through an on-board monitoring while the vehicle is being driven.

–> It will monitor real-world emission from the vehicle plying on road and ensure the emission control systems fitted in the BS-VI vehicles work at good efficiency.

BS-V standard stage has been bypassed to bring BS-VI standard. BS-VI was originally proposed for 2024 but it has been advanced by 4 years to 2020. 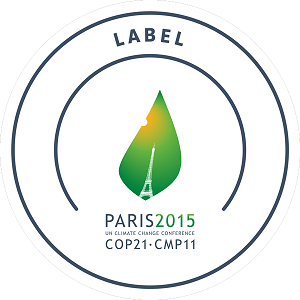 It is in line with promises India made at the Climate Change Conference (COP) in Paris in 2015. Also keeping in mind the sentiments of the public related to the dangerously high levels of air pollution in major Indian cities.

Aim of implementing these standards is to be in line with the values set according to international standards of emissions and not cross it.

Also for our automobile industry it is necessary to comply with Euro or any other norms acceptable in the foreign market for export purposes.

A balancing act has to be achieved to maintain the environment and the market forces so that we achieve the best of both worlds and be competitive in the international arena.