Fresh Up a new luxury facility for railway passengers

Fresh Up a new luxury facility for railway passengers is opened up at Udupi railway station. This Fresh up facility centre has been launched by Fresh Minds Services Pvt.Ltd. based in Chennai in collaboration with IRCTC, and Konkan Railway.

This Fresh Up facility provides the passengers a luxurious stay while waiting for the train.

It gives few hours of relaxation which is a welcome change for passengers waiting for their trains especially during night hours when trains are running late.

The Fresh Up facility provides passengers with flexible hourly packages of stay suitable to their needs with some top in the line facilities.It has a chaise lunge with four separate beds and two double beds.

Passengers can book for this facility through IRCTC website and IRCTC rail connect along with direct walk-in with valid rail ticket.

World Toilet Day Contest 2018 is announced and Salem district is among the top 12 winners of the contest.

The Ministry of Drinking Water and Sanitation organised contests from November 9 to 19, 2018.

It was organized to encourage the sanitation movement for a open defecation free (ODF) sustainability.

The winners of the contest were announced in two categories –

World Toilet Day is an official United Nations international observance day on 19th November. It is celebrated for inspiring action to tackle the global sanitation crisis.

The report cites that acid mine discharge has been continuing and consequently water bodies in the state have been polluted to such an extent that it is no more suitable for human consumption.

National Green Tribunal is a special tribunal to handle the expeditious disposal of the cases pertaining to environmental issues. It has its inspiration from Article 21 which says that the citizens of India have the right to a healthy environment.

China renamed Lunar rover to Yutu-2. It was successfully deployed  on Thursday to carry out experiments on the far side of the moon.

China’s Lunar probe is part of the ‘Made in China-2015‘ project.

The rover will look for moon’s inner structure along with soil and rock samples for minerals and a a radio telescope to search for possible signals from deep space. 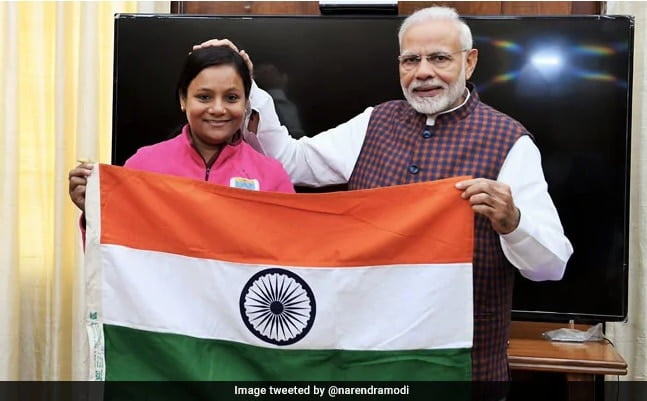 This is a World record by World’s 1st woman amputee who climbed Mount Vinson.

She is also the first female amputee to climb Mount Everest.

She was pushed down a train in 2011 while attempting to resist a gang of dacoits.