NPPA – Recently in news as it slashed prices of 9 non-scheduled cancer drugs by up to 87%.

Government of India  with a Resolution in 1997 established the National Pharmaceutical Pricing Authority (NPPA). It comes under as an office office attached to Department of Pharmaceuticals (DoP), Ministry of Chemicals & Fertilizers.

NPPA has its headquarter in Delhi

NPPA works as an independent regulator for pricing of drugs.  NPPA ensures accessibility and availability of medicines to people at affordable and convenient prices. 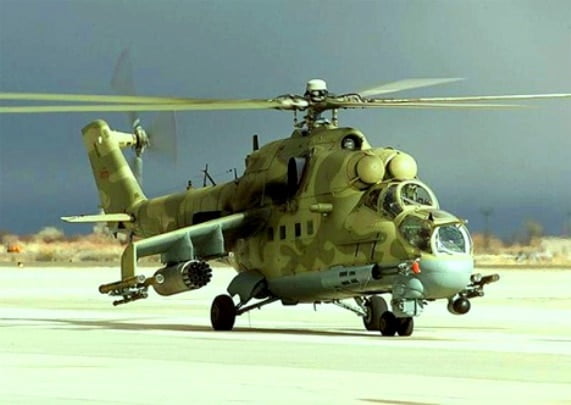 Mi-24   is a large helicopter gunship and thus Mi-24 helicopters can be used for attack purpose in a war like situation.

Mi-24 can also be used for transport missions as it has good carrying capacity and can ferry up to eight people.

Mi-24 helicopters is so designed that it can be used in locations prone to heavy ground fire to flying in troops & to take on fortified enemy positions.

Economic Census is a complete count of all establishments and units located within geographical area or boundaries of a country.

It is an exercise conducted by Ministry of Statistics and Program Implementation (MoSPI).

The first Economic Census was undertaken in 1977.

The Sixth edition of Economic Census was conducted in 2013.

It provides detailed information on:

The details about establishments across country include their distribution at all-India, State, district, village and ward levels.

This is used for comprehensive analysis of structure of economy (macro, micro, regional levels) and for benchmark purposes.

The database so collected also serves as a sampling frame for drawing samples for socio economic surveys by Government and research organizations.

This information is used for micro level or decentralized planning and to assess contribution of various sectors of economy in gross domestic product (GDP).