I have compiled all the important current news of 1st half of May 2020.

You can also Download PDF of this current affairs Q& A at the end of the page. 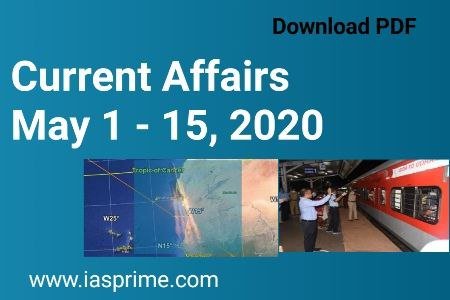 Ans: 12 May (Theme: Nursing the World to Health)

Ans: RESTART(‘Reboot the Economy through Science, Technology and Research Translations’)