Hurricane Florence with a wind mph of 130 – 140 is approaching east coast of United States. This monster storm Florence nearing Carolina coast with a speed that’s not imagined in the recent times.

It could also bring heavy rain that could last for more than few days. Residents in the east coast have mixed feelings regarding staying there. While some don’t want to leave their home in East coast, quiet a many don’t want to take chances and already moving out.

Government issued warning of not to take chances.  Carolina Governor Roy Cooper tried to convince all to flee. In his words “The waves and the wind this storm may bring is nothing like you’ve ever seen. Even if you’ve ridden out storms before, this one is different. Don’t bet your life on riding out a monster”, speaks volume about his concern for the people.

US President Trump declared emergency in  North and South Carolina and Virginia which means Federal aid will be available when needed. In his statement President Trump said that Federal government is prepared for “Monster” Hurricane Florence.

Hurricane Florence is being forecast as a Category 3 or 4 Hurricane.

Fungi – It’s a member of the group of Eukaryotic organisms (whose cells have nucleus enclosed within membranes) which includes microorganisms such as yeasts and molds. 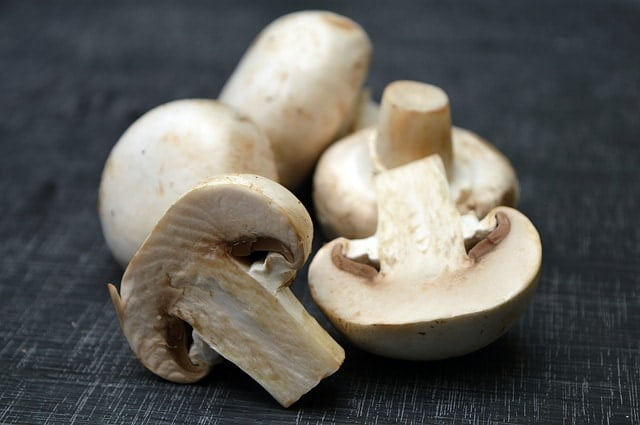 And the visible Fungi which we eat called Mushrooms.

We are surrounded by Fungi, inside our bodies, in soil & air. It’s has its uses in making medicines but also causes plant and animal diseases. In human it causes fungus infection of skin, fungus on feet, etc. Often talked about when we name some disease of skin but they have got some important role in maintaining Earth’s ecosystem.

Some Fascinating Facts of Fungi

–> Fungi are being used to turn crop waste into Bioethanol.

–> Researchers has found thousands varieties of fungi in a single soil sample, of which many are unknown & hidden and so called as “Dark Taxa“.

–> Fungi are a different kingdom but its closer to animals than plants.

–> Mushroom which is a Fungi and eaten as food has a global market of billions of dollar.

–> Fungi have chemicals in their cell walls shared with crabs & lobsters.

–> Penicillin (derived from fungi Penicillium) a class of antibiotic discovered in 1928 by Alexander Fleming. It has multiple uses – in antibiotics, the contraceptive pill and cheese production.

International Monetary Fund (IMF) has warned The Republic of the Marshall Islands against adopting a digital currency as a second form of legal tender.

Marshall Islands has US dollar as a legal tender. But a law passed which allows “Sovereign” – a digital currency alongside dollar in Marshall Islands.

As reported in BBC, Adopting a digital currency as an official form of legal tender would threaten both financial integrity and the nation’s key relationship with the US bank. The result could be disruption to foreign aid, according to the IMF.

Marshall Island is vulnerable to natural disasters as well as sea level rise. Its dependence on foreign aid mainly by US banks will certainly undermine adopting a digital currency.

Marshall Islands which officially known as the Republic of the Marshall Islands is an island country consisting of more than 1,000 islands and islets in the Pacific Ocean near to Equator.

It lies on the west of International Date Line.