Kerala Floods – Nature’s fury has once again proved that how unpreparedness  & ignorance towards nature can lead to major loss of life and one can never be relaxed considering unpredictable nature of Mother Nature.

Kerala Floods is an ongoing crisis of humankind created by humankind.

Damage to houses, roads and other structures are among different things which happened  because of landslides caused by incessant showers.

Major part of our country’s areas is prone to floods and frequency of its recurrence is on a rise. Huge losses to lives, livelihood systems, properties, infrastructure and public utilities are caused by Floods.

June to September is the monsoon months in which eighty percent of precipitation takes place. These are the months in which river is flowing in its full capacity and they bring heavy sediment load from the catchments, these coupled with inadequate carrying capacity of the rivers are responsible for drainage congestion, causing floods and erosion of river-banks.

–> Rainfall of high intensity with long duration this season and its frequency caused flooding.

–> Unregulated construction &  management of Dams are one of the causes that lead to floods in Kerala.

This year heavy rain in the early part of monsoon filled dams of its capacity and due to release of excess water made the situation worse that lead to the devastating floods in Kerala.

–> Deforestation of hill areas causes sudden rising of water as cutting of trees reduces the water carrying/storing capacity of the ground.

–> Loosening of soils  due  to mining, quarrying. 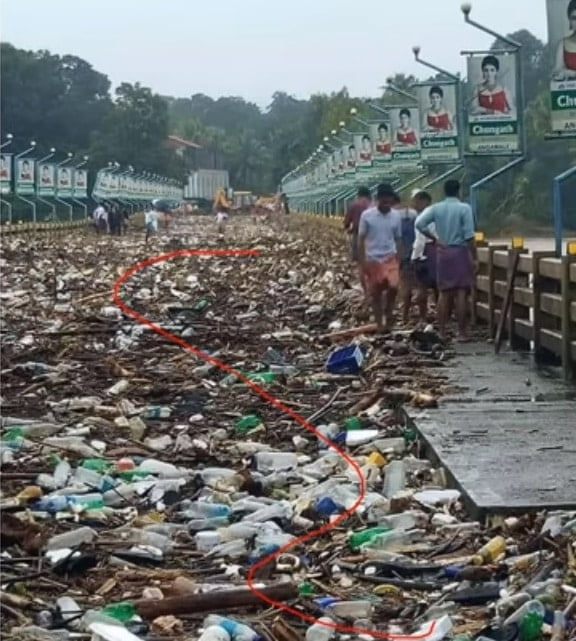 –> Also we can see large amount of plastic wastes on the bridges when floods water receded in Kerala which shows how much wastes these river had due to the ignorant practice of throwing wastes in river by the people and what havoc it can wreak.

You must read what plastic pollution can do by clicking this article which will broaden your thinking base regarding the problem.

–> Paddy fields which acted as water reservoir & the low lying flood plains of many rivers made their way out in the name of development like airports, bungalows & villas, Malls.

–> Floods cause extraordinarily large number of fatalities due to high population density and regularly un-enforced development requirements which keep on increasing day by day.

–> Floods causes massive amounts of damage to humans’s lives, property and critical infrastructure (as seen in Kerala) which are lifeline to a state.

–> After a flood, situation gets more grim leaving behind a lot of development works to do and rebuilding.
It reverse the current development gains and degrading the quality of life, and severely affect the future growth of the state.

–> Floods not only affects life of human but animals too  as it  destroys their habitat thus bringing close encounter with man and animal as seen during floods in Kerala.

–> Agricultural lands are destroyed, crops gets submerged in water. Huge economic loss to farmers as seen in Kerala floods.
A number of water treatment plants were forced to cease pumping water which resulted in very poor acces to clean access of water during the floods in Kerala. Most affected where the northern districts of the state. 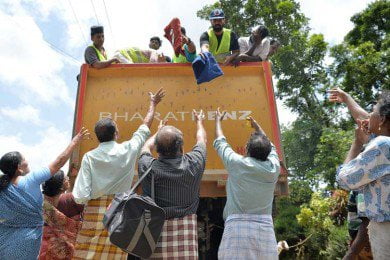 –> Floods cause the rise of food price thus making it very difficult for poor to have a meal of even one time. Also the excess water takes away the nutrient from the ground of needed nutrients.

Situation in Kerala is no different as people are are finding it very hard to survive there.

–> Floods & its management are not under union, state or concurrent list due to which states don’t put it in their priority list of works.

–> Different agencies made for flood management tread their own path and  don’t work coherently which leads to failed result.

–> Man Made problems is aggravating. In the name of development we are playing with nature and altering it according to our own greed due to which problems like this is keep on growing.

After the flood water recedes, the effect of the floods on the drinking water supply. Wells and sources of water supply though pipelines are contaminated with mud and dirty water.

As we have seen in the year of Uttarakhand floods as what havoc it wreaked in a matter of minutes. And now we saw that during Floods in Kerala.

–> We all know since long as what are the causes of floods, still we are not acting on a serious planned note to mitigate its effect. It’s high time that we understand this underlying problem and act at the earliest.

–> Unplanned construction ignoring nature in the name of development should be avoided and seriously dealt with as it comes out to be the biggest villain in the scene.

–> Changing the course of river in the name of development should be avoided strictly because it will only a damage stored for the future. 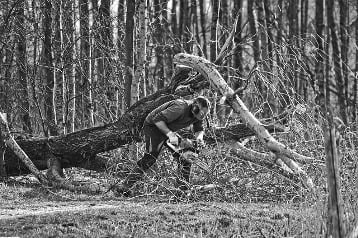 –> Deforestation should be stopped and planting of trees should be encouraged. Cutting of Trees in such a large number affects the Pattern of monsoon and it becomes irregular. Climate change and reduced capacity of soil in storing water are the ill effects of Deforestation.

–> Participatory planning at every stage should be practiced towards floods mitigation where Center and State works in coherence.

–> Sustainable development is the need of the hour where human development shouldn’t disturb the natures ability to provide natural resources & ecosystem services on which the society depends.

–> Early warning System should be strengthened. Help of Indian Space Research Organisation (ISRO) is of paramount importance in this, as it is happening now as their satellites are sending important pictures and data in detecting and monitoring of situations over large regions of Kerala floods.

–> National Disaster Management Plan (NDMP), 2016 which is the first of its kind of national plan prepared in the country for disaster management to mitigate any disaster relating loss.

NDMP is along the lines of globally set standard of Sendai framework for disaster risk reduction of which India is a signatory.

The objectives of National Disaster Management Plan (NDMP), 2016 have to be followed in letter and spirit. 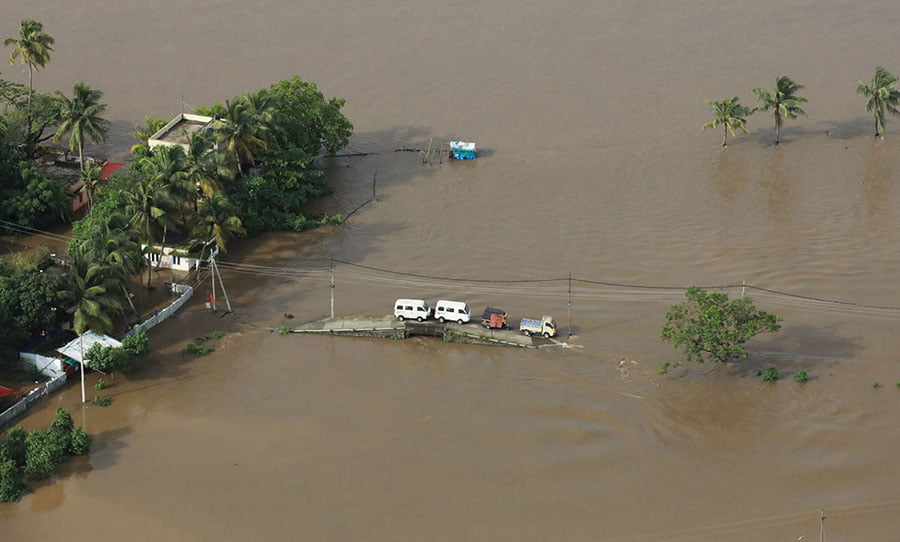 When the water recedes, the floods after effect will be  seen and a bigger challenge will be there for the Kerala state: rebuilding process of hopes, homes & infrastructure. 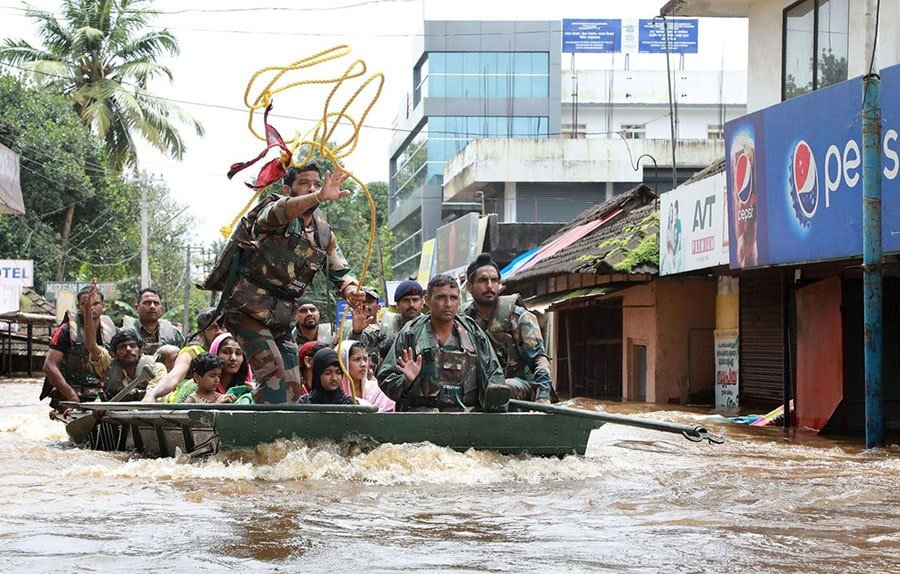 Technologically we are getting advanced and better at providing emergency aid & shelter, evacuating humans from floods hit zones with proper means.

But what we require here is to make a greater effort to prevent this type of situations (like that of Kerala Floods) in the long run.

We need to find a robust long term solutions so that this large loss of life (as observed during Kerala Floods) and infrastructure be reduced and living beings there don’t live in fear of any future calamity. 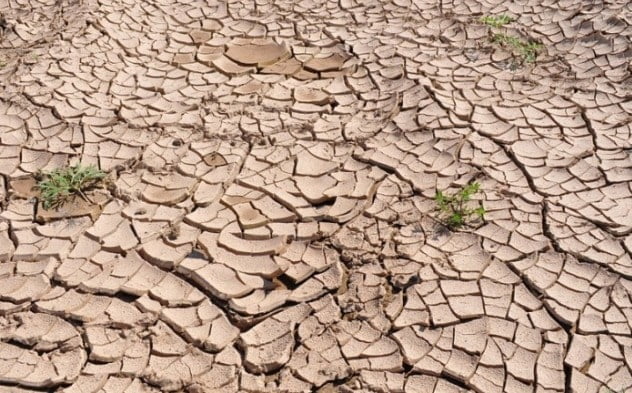 After the kerala flood disaster in a century, Kerala was unprepared for a looming threat of severe drought. Levels of water in wells, ponds and rivers recorded its lowest levels with some wells even collapsed.

Idukki districts saw its water level in wells coming down by 20 feet in a matter of two weeks.

Chief minister of the Kerala state asked its State council for Science, Technology & Environment to study the phenomenon after floods and suggest possible solutions to the problem of the looming drought situation.

An autonomous research institution under the Kerala government said that heavy run-off of the top soil in the upland areas and the siltation in the rivers were the reasons for the falling water level.

The top soil in the hills and upland areas had been removed in the flash floods to a depth of up to two meters at many places. As the top soil was washed off, it ruined the hills’ capacity to sponge in rainwater.

Adding to that the ecological destruction caused by rapid deforestation, harmful use of land in the upland areas and  mining of sand in the streams and rivers have contributed to the top soil run-off and siltation. 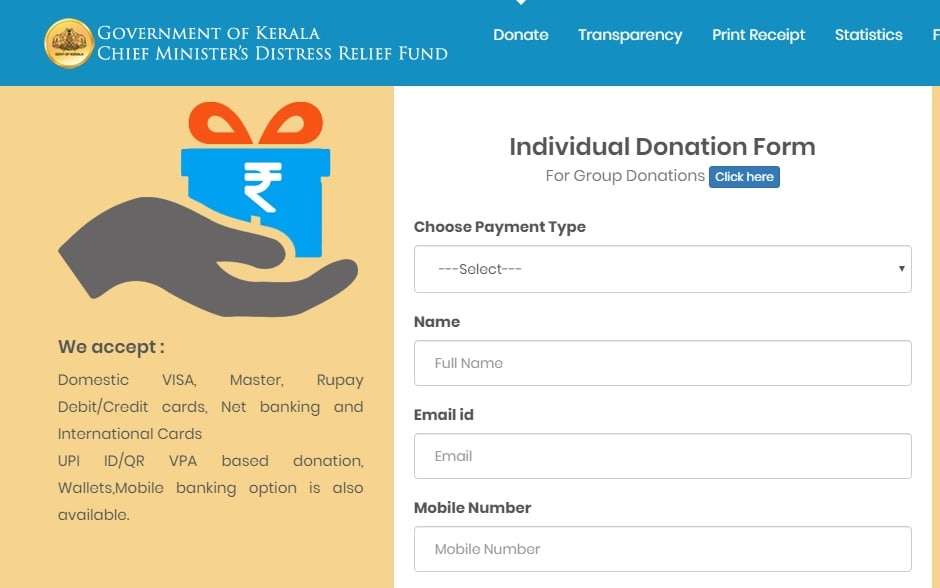 Every penny counts and one should come forward and contribute their part in the rebuilding process by contributing in the Kerala flood relief fund.

One can give the donation through different channels of different banks meant for the Kerala Flood relief fund.