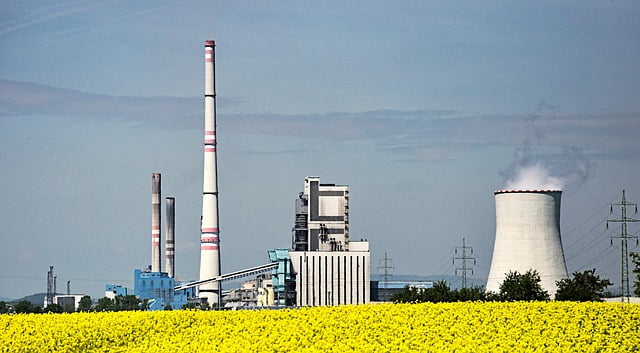 With the aim of reducing oil Import dependence Union cabinet approved a National policy on Biofuels in May 2018. The Union Cabinet was chaired by the Prime Minister. This policy on Biofuels will help farmers in disposing off their surplus stock and gain some extra income.

Government ambitious program on Biofuels which is focused to convert these wastes into wealth and that too in a cleaner environment.

Until now the ethanol which was to be mixed with petrol has to be produced from sugarcane only but the “National Biofuel Policy” will allow the production of “ethanol” from other food grains too like rotten potatoes, sugar beet & corn which can be mixed with petrol and save thousands of crores per year from oil imports.

Biomass resources from which biofuel will be produced includes biodegradable fraction of industrial and municipal wastes too in the National Biofuel Policy.

Biofuels is produced from biomass resources like sugarcane, corn, rotten foodgrains or potatoes. Biofuels are used as an alternative fuel or in addition to petrol or diesel for transport, stationary or other applications.

Health benefits: Reused cooking oil can be diverted in the use of production of biodiesel which is a good feedstock for making biodiesel.

Additional income to farmers: Wastes of Agriculture which farmers used to burn can be utilized and farmers will get some fair price.

Reduce imports cost: Production of biofuels will further save thousands of crores per year in oil imports. One crore litres of E10 [petrol with 9-10% ethanol blended in it] saves 28 crore of forex at current rates,” the government said.

Cleaner environment: “Ethanol” blended petrol cuts the carbon emission by a huge margin and also the farm residue will not be burned and utilized as a biomass. thus adding potential clean environment benefit and reducing green House gases.

Municipal solid waste management: Large amount of municipal waste generated can be then converted in clean energy by appropriate technology.

E10: Compatible with the majority of petrol-powered cars on the road today, E10 is petrol blended with 10 percent ethanol. It is reliable and safe fuel.

“National biofuel policy”  brought by government to utilize the resources going as wastes and with integration of other programmes of government this can be a huge plus for India in future. A small step taken in right direction will always yield good results in the time to come.