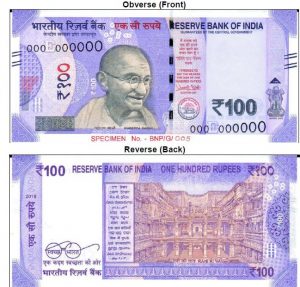 The Reserve Bank of India (RBI) will shortly issue Rs 100 denomination banknotes in in lavender color Gandhi (New) Series. It follows the series of new notes introduced for Rs 200  Rs 500  Rs 10 notes. Back side of the Rs 100 notes will feature “RANI KI VAV” a step well located in Gujarat. Old banknotes of Rs 100  will continue to be in circulation.

Built by the Solanki dynasty’s queen Udayamati in the 11th century as a memorial to her deceased husband Bhimdev I on the banks of river Saraswati.

Step-well is subterranean water storage and  an architectural wonder which is divided into seven levels of stairs with sculptured panels of high artistic quality. It combines with many sculpture with minor ones combining religious, mythological and secular imagery.The water tank is in fourth level.

Highlighting the sanctity of the water  Rani ki Vav is designed as an inverted temple under the earth’s surface.

There exists the ten incarnations of Lord Vishnu including Lord Buddha called as Dasavataras as its central theme. Sadhus, Brahmins, and Apsaras (celestial dancers) accompany the Avataras.

After its excavation by the Archaeological Survey of India (ASI) in the late 1980s & then Maintained by them, Rani-ki-Vav was added to the UNESCO World Heritage Site list in 2014.  located in Patan, about 125 km from Ahmadabad.

What is world heritage siteS

Structure recognized as being of outstanding international importance whether natural or man made,  is a landmark or area which is selected by the United Nations Educational, Scientific and Cultural Organization (UNESCO) as having cultural, historical, scientific or other form of significance, and is legally protected by international treaties.

Number of UNESCO world heritage sites in India is 36: 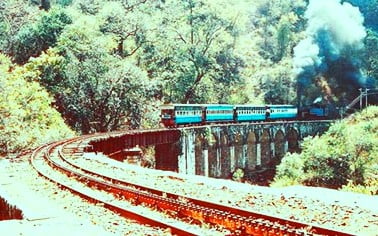 What is lynching ? Supreme Court on Mob Lynching to Parliament.

What is Extradition? Measures to be adopted to make the Extradition process Effective. What is Deportation ?