This was 19th Annual Bilateral Summit between the two countries. India and Russia have always had excellent cultural relations said the President of India.

President Shri Ram Nath Kovind said it feels happy to note that Festival of India has been organised in the Russian Federation, after a gap of 30 years. It was inaugurated at the Kremlin Palace and will continue till March 2019 in various cities of Russia.

A Geographical Indication or a GI is an indication used on products that have a specific geographical origin and possess qualities or a reputation that are due to that origin.

Such a name conveys an assurance of quality and distinctiveness which is essentially attributable to its origin in that defined geographical locality.

Darjeeling Tea, Mahabaleshwar Strawberry, Blue Pottery of Jaipur, Banarasi Sarees and Tirupati Laddus are some of the GIs.

GI products can benefit the rural economy in remote areas, by supplementing the incomes of artisans, farmers, weavers and craftsmen.

Union Minister of Commerce and Industry, Suresh Prabhu, launched the logo and tagline for the Geographical Indications (GI) of India and said that the GI will give the rightful share in the intellectual property to the artisan and the place of origin of the product.

The Department of Industrial Policy and Promotion (DIPP) has taken several initiatives in this regard and is actively involved in promotion and marketing of GIs with a vision to enhance the horizon both socially and economically for GI producers.

The first product to get a GI tag in India was the Darjeeling tea in 2004. There are a total of 325 products from India that carry this indication. 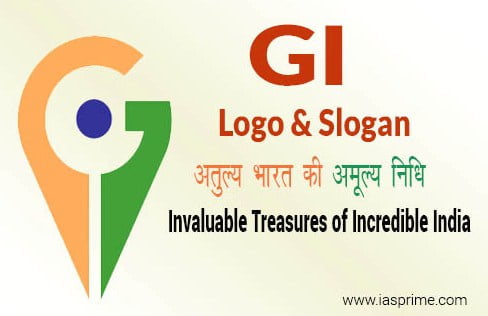 Invaluable Treasures of Incredible India is the tagline .

Namrup, Assam: This day of Oct 5th, 2018 is a historic day for India, Northeast and Assam Petro-chemicals, a state-owned company for launching Asia’s first cannisters based and India’s first “Methanol Cooking Fuel Program”.

Cannister based cooking stoves are from Swedish Technology and through a Technology transfer a large-scale cooking stove manufacturing plant will come up in India in the next 18 months producing 10 lakh Cookstoves and 1 Crore Cannisters per year.

This technology is very unique, it handles methanol extremely safely, does not need regulator or any piping system. 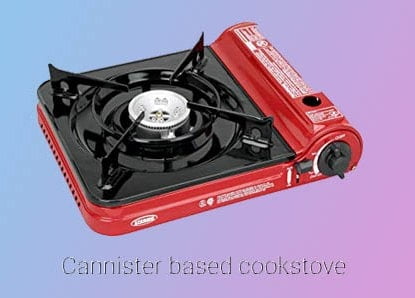 The cooking medium can directly substitute LPG, Kerosene, Wood, Charcoal and any other fuel for cooking.

The gaseous form, Methanol – DME, can be blended in 20% ratio with LPG. LPG-DME blending program is expected to kickstart in the country by next year.

1.2 litres cannisters can last for full five hours on twin burners and 8 such Cannisters as rack can last for one month for a family of three.

The cost of energy equivalent of one cylinder of LPG for Methanol is Rs. 650, compared to Rs. 850 per cylinder resulting in a minimum of 20% Savings.

For instance, in Manipur the cost of transportation of LPG is Rs. 200, whereas same cost for Methanol will be Rs.12.

This provides for an excellent alternative as household fuel and commercial, institutional and fuel for restaurants. China uses 4 MMTA of Methanol as Cooking Fuel annually.

Commander(Cdr) Abhilash Tomy of the Indian Navy who was the only invitee from Asia to participate in the prestigious Golden Globe Race (GGR) was brought to Vishakhapatnam safely from Amsterdam.

He was brought to Visakhapatnam safely onboard INS Satpura.

Commander Abhilash Tomy was under medical supervision at Ile Amsterdam after his sailing vessel ‘Thuriya’ was dismasted when the boat caught in a violent storm in the South Indian Ocean some 1900 nautical miles West of Perth, Australia.

What is Golden Globe Race

Golden Globe Race (GGR) is a prestigious race, where participants sails around the world.

This race started after fifty years of the Sunday times Golden Globe race (the first round the world yacht race) and it features yacht similar to those yachts used in 1968-69. No modern technology is allowed to be used in this race.

Sir Robin Knox Johnston of UK conducted this race to commemorate 50 years since the world’s first solo non-stop circumnavigation undertaken by him in 1968 onboard the Indian built boat, Suhaili.

Commander Abhilash Tomy is one of India’s most prominent sailors. He sailed a solo non-stop circumnavigation of the globe in 2012-13 onboard Indian Naval Sailing Vessel (INSV) Mhadei. He is also a recipient of the Kirti Chakra, Mac Gregor and Tenzing Norgay awards.

IndiaSkills 2018 was the second edition of the nationwide competition organized by the Ministry of Skill Development and Entrepreneurship, Government of India to identify, recognize, promote and reward the best talents in various skills.

It showed tremendous success in the last 4 years.

National Annual Rural Sanitation Survey (NARSS) conducted under the World Bank support project found that 93.4% of the households in rural India who have access to a toilet use it, confirming that behaviour change is happening on the ground.

To promote innovative cooperation between students of India and Russia Memorandum of Understanding was exchanged between India’s Atal Innovation Mission (AIM) and the Russian Federation’s SIRIUS Educational Foundation.

For Promoting spirit of collaborative innovation, young innovators of Atal Tinkering Labs(ATL) and SIRIUS Educational Foundation came together at a four-day Indo-Russian ATL innovation boot-camp from 1st to 4th October, 2018.

What is Atal Innovation Mission (AIM)

It is an initiative launched by NITI Ayog, to promote a culture of innovation and entrepreneurship in India.

Established with the aim to create and promote an ecosystem of innovation and entrepreneurship in a holistic manner through various initiatives at school, university and industry levels.

Other Areas where AIM serves as a platform for Promotion of:

To identify & support children and young people who have shown outstanding abilities are the core activities of SIRIUS Educational Foundation.

It provides assistance in obtaining general and additional education for such personalities, including education in the fields of arts, natural sciences, physical culture and sports.

With huge participation of scientists, students and experts from across the country and abroad, India International Science Festival started on a grand note in Lucknow.

He urged Scientific Community to partner and mentor University Researchers and Students.

Who announces the Elections ?

Election Commission after  considering  all  relevant  aspects regarding elections, recommends to the Governor of the States to issue notifications for the General Elections under the relevant provisions of the Representation of the People Act, 1951 as per the Schedule.