The Hindu Current Affairs May 30

The Hindu Current Affairs May 30

# WHO recognized ‘burn-out’ as medical condition and ‘gaming disorder’ a recognized illness.

# IAF’s AN-32 Aircraft Certified to Operate on Indigenous Bio-Jet Fuel.

The Dr LEE Jong-wook Memorial Prize for Public Health was established in 2008, and is awarded to individuals, institutions, and governmental or nongovernmental organizations who have made an outstanding contribution to public health.  It is an annual award which is conferred at a special ceremony held during the World Health Assembly.

# Eminent artist Surya Prakash passed away at the age of 79 in Hyderabad.

# Sri Lankan writer Guy Gunaratne was announced as the winner of 2019’s Swansea University International Dylan Thomas Prize.
He won the award for his debut novel ‘In Our Mad and Furious City’.

# Facebook’s cryptocurrency “GlobalCoin” will launch in 2020. 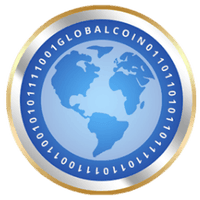 # China won the badminton world mixed-team championship, Sudirman Cup 2019 in Nanning.
The biennial international badminton championship (Sudirman Cup) contested by the mixed national teams of the member associations of Badminton World Federation, since its inception in 1989.