Extradition by definition means when a person, accused of a crime and on request of a country where he is convicted is being sent back to that country where he/she was accused for trial or punishment.

One country hands that person to another country for trial.

An Extradition request for an accused can be initiated in the case of under-investigation, under-trial and convicted criminals.

After Vijay Malaya case, this term is very much in news, so let’s get to know it deeply.

As we all know that crime has no boundary in today’s world. Criminal can escape to some other country where they can hide or escape the prosecution.

Seeing the easy escape of criminals, internationalization of crime and crime getting unpunished, there felt a need to make a Common legal process through which these fugitives gets the punishment they deserve and rule of law be held and trust in the legal systems be maintained.

And thus the process of Extradition evolved where mutually agreed country bounded by a treaty help each other in dealing with the crime to get it punished where the act of crime has been done.

Our Supreme court has defined it as – ‘Extradition is the delivery on the part of one State to another of those whom it is desired to deal with for crimes of which they have been accused or convicted and are justifiable in the Courts of the other State’.

Also the law enforcement agency has to make sure that it has the proper evidence which can prove its allegation in the foreign court of law.

Extradition is regulated by treaties entered with other countries. India entered into treaty with many other foreign states to smoothen this process.

Many laws and mutually agreed agreements are made in the treaty so that the countries determine on what condition they can agree or deny extradition requests.

Considering India, the Extradition Act, 1962 prevails in dealing with the extradition of a fugitive from India to a foreign nation or vice versa.

Can Extradition request be turned down?

In these laws the fundamental human rights of the person involved is also taken care of on which many countries can deny the extradition requests.

Other factors which includes denial of Extraditions are:
1. Absence of fair trial
2. Some countries don’t extradite their citizen and considers their trial in their own country for the crimes done on some foreign land.
3. Inhuman treatment, torture.
4. Death penalty
5. Politically motivated extradition requests ( Vijay Mallaya used this)
You can read more about this charge by vijay mallaya in this article from thehindu.com Click Here
6. If the person already served punishment for the same offense in which extradition is required.

Who can make  Extradition request in India 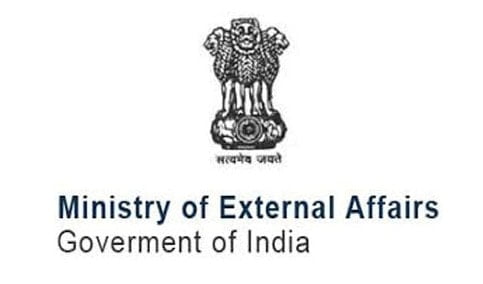 In India, Ministry of External Affairs, Government of India is the Central/Nodal Authority that administers the Extradition Act & it process all the requests regarding extradition of incoming from a state or outgoing to a state. It’s the only authority which makes request for Extradition.

An Extradition request can be made to any country by India even if the said country is not covered in its treaty but in the absence of a treaty the whole decision regarding extradition rests on the foreign country to accept it or not considering its domestic laws.

United Kingdom(UK) has extradition treaty with India and the oldest treaty  is with Chile, back in 1897 done by  British India. After Independence first treaty was signed with Belgium in 1958.

Some measures which should be taken to make the process more effective are:

Crime goes International now, so a process like this is the need of the hour. Country involved should show mutual solidarity in the fight against crime.

With mutual cooperation and fast action, it can be a great tool for handling the crime which happens cross border.

What is  Deportation, Exclusion

Deportation – In this a person or group of person is ordered to leave from a country under the domestic law of that Sovereign Country.

Exclusion – In this a person is not allowed to reside in a particular part of a Sovereign Country.